​Burbage Airport Taxis took on Patrick as one of its drivers

Burbage Airport Taxis bought Its 2nd Car and later took on Jonathan as a driver.

Burbage Airport Taxis added wifi and the facility to pay by credit or debit card in its cars.

​Burbage Airport Taxis expanded to 3 cars in May to keep up with demand of local and airport services.Then took on Roger Hulbert as a driver.

Yet More Expansion, taking on several drivers and adding a 4th car to the fleet with Jonathan Taking on a new role in the business as manager

continuing on the success of 2015 almost doubling up on airports completed every month, July being our record breaking month completing over 200 airports!! 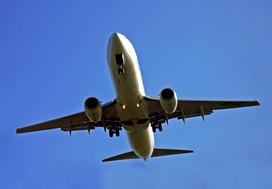 Join the Burbage Airport Taxis family as a driver.

We’re currently looking for experienced drivers with a passion for transportation. We take pride in our customer service and only hire the best. If you are interested in becoming a driver please contact us Via the contact form below.

At Bat Cars we pride ourselves in providing top quality customer service, we will go that extra mile to make sure your journey is as comfortable and pleasant as possible.

Thank you for showing interest in becoming a driver. We will do our best to respond to all applications and be in touch within 7 days